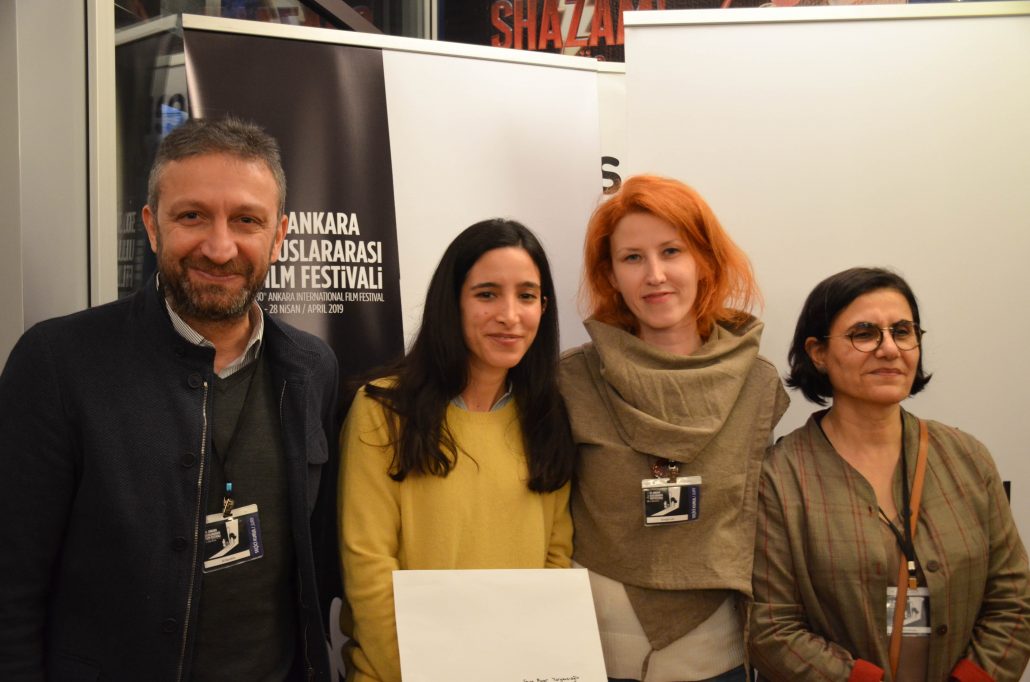 Bilkent University’s Department of Communication and Design alumna Pınar Yorgancıoğlu was awarded as the winner of the National Feature Length Film Project Development Support, with her film “Karanlıkta Islık Çalanlar/Those Who Whistle After Dark” by the 30th Ankara International Film Festival this year.

The ten finalists were selected among 101 applications and were interviewed by the Jury Members, Producers Armağan Lale, Ali Bayraktar and Producer/Director Sevinç Baloğlu. The award was announced at a ceremony at Büyülü Fener Kızılay and presented to Pınar Yorgancıoğlu at the closing ceremony of the AUFF.

Karanlıkta Islık Çalanlar is written and directed by Yorgancıoğlu, co-written by Emre Gülcan, and produced by Sarah Seulki Oh. The film is about an encounter with a sceptical angel burdening recently retired Melih with an existential awakening. His anxious search for meaning sets into motion a series of events and pushes his wife, an ambitious social climber nurse, and his 28-year-old lost daughter into their own crises. Can he and his family survive this curse together?