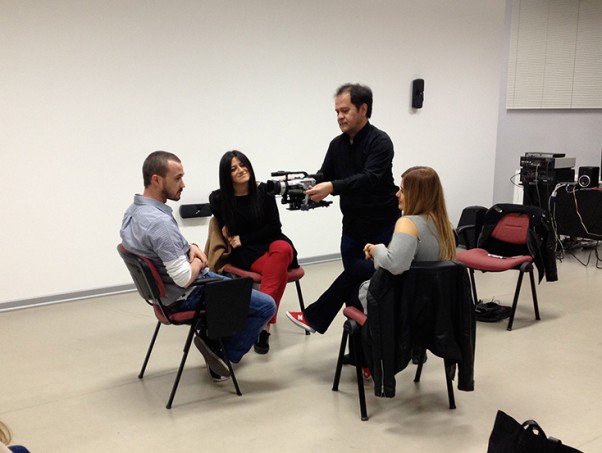 Leonard Retel Helmrich is Dutch cinematographer and filmmaker of Indonesian descent. He received highest honours for international documentaries at the Sundance Festival and was the first two-time International Documentary winner at the Amsterdam Film Festival. Helmrich is famous for perfecting the ‘Single Camera Shot’ filming style and his related technical camera innovations. Single Shot Cinema is a way of filming that enables one to shoot a scene in one single take using just one camera moving fluidly around the subject. Mr. Helmrich also showed COMD students some scenes from his latest documentary Raw Herring which will be screened first time in Tribeca Film Festival in April.